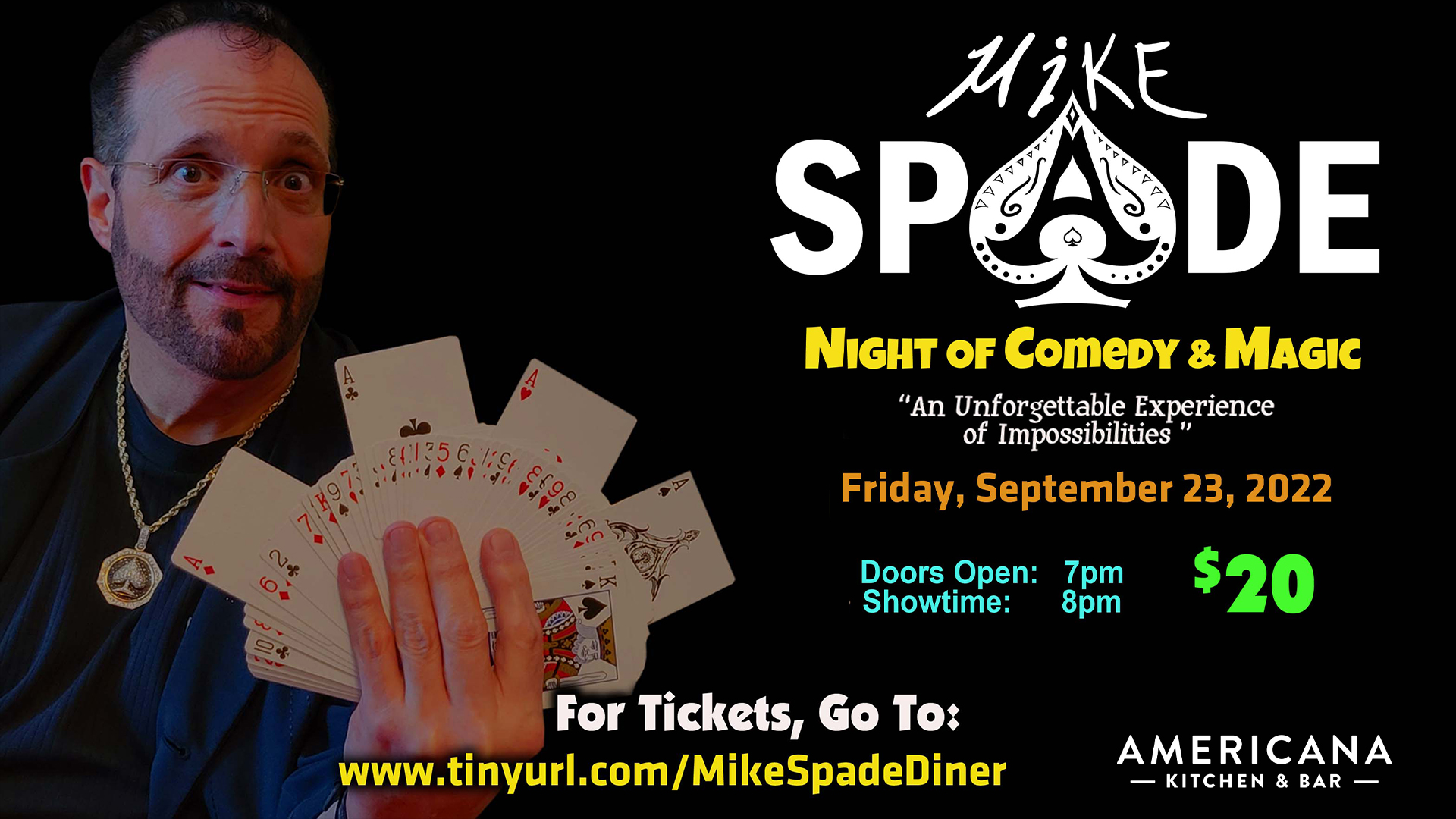 Comedy-Magician Mike Spade (and special guest) will perform a night of magic at Americana Kitchen & Bar that will become an unforgettable experience.

Join us Friday, September 23 for a Night of Comedy & Magic.
Doors open at 7pm. Show starts at 8pm. 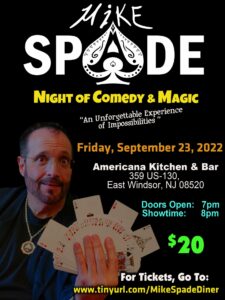 Spade is a Comedy-Magician using his stand up and close up magic to entertain audiences for nearly four decades.

In 1986, he met Mike Stand, and together, they created the magic duo “Mike & Mike,” where they earned the title as “The Big Boys of Comedy and Magic!” After the untimely passing of Mike Siegel, a.k.a Mike Stand, in 2002, Mike Spade decided to carry on the magic in a solo act. Throughout his career, Mike Spade has worked with many famous names in the entertainment field, such as Regis Philbin, Siegfried and Roy, Jeff Dunham, Pat Cooper, Chris Rock, Arsenio Hall, and many others! He also made an appearance in Season 12 of The Celebrity Apprentice as the entertainer for the cast party.

His unique style is entertaining and fun and is guaranteed to amaze, amuse, and captivate the audience! Combining his incredible talent and comedic style, you are sure to have a magically entertaining experience!

This will be one memorable event that will be both mind-blowing and have everyone laughing and begging for more!

With the perfect blend of magic and humor, everyone enjoying the magic and sleight of hand artistry of Mike Spade will be blown away and entertained by an event not soon to be forgotten.